It all started with a ‘Welcome’ letter we found in our post box from Jaume, a young man from Benitachell village. He stated in the letter that he would like to start a forum for people new to the area. Jaume and his business partner Miguel Angel would assist new residents with tax, NIE applications, public health care and educational issues, etc. From this introdution letter, we contacted Jaume and he invited us and some of his friends to a traditional Valencian style bbq.

We all met in the Mas y Mas car park at 12.00h on a sunny Sunday in Benitachell. We were introduced to Keith and Sheila, Rolf and Erika and also our party of six, Ian & Diane, Hilary & Nick, Dawn & Steve. The drive to Jaume’s casa de campo was only 2 minutes away and we were all soon sampling the home made sweet wine made by Jaume’s father and the raisins, made from their own grapes and dried in the summer sun. 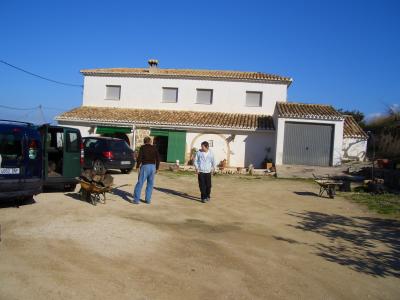 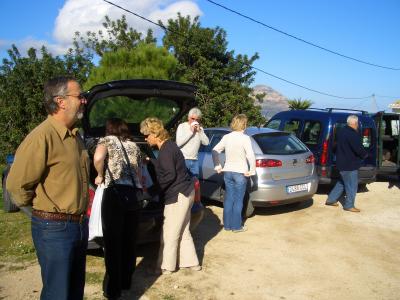 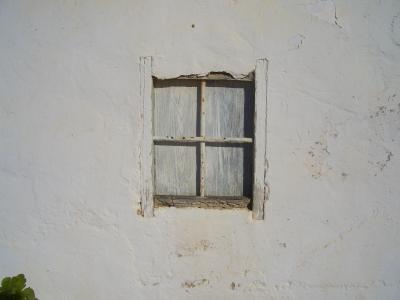 It was a mixture of 70% sweet muscatell wine and 30% red wine. Jaume pointed out that everything we were going to eat was made with organic produce, chuletas de cordero (lamp chops) home baked bread and locally made chorizos, morcilla or botifarra in Valenciano, (liver and blood sausages). A wheel barrow was loaded in the front garden with wood from grape vines, orange trees and the protected carob tree. Normally there is a hole in the ground, where a wood fire is prepared and a large calderon (pot) is placed filled with lamb, chicken or pork. Left for many hours to cook slowly over the fire and to absorb the smokey flavours. 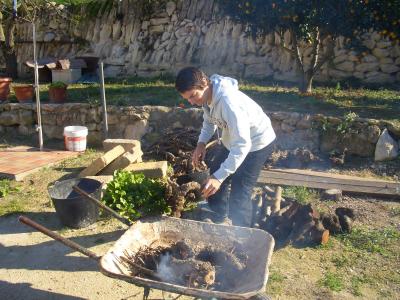 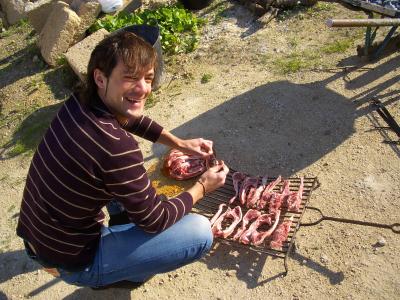 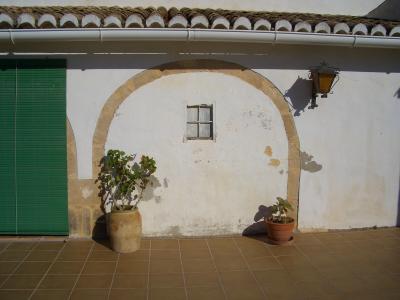 Another oven in the casa, was also filled with the same types of wood and then both of the fires were lit. We sat in the warm December sun as Miguel Angel arrived to assist Jaume in the preparation and cooking. 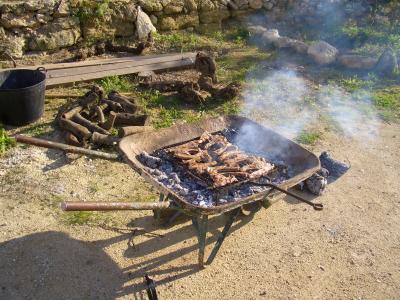 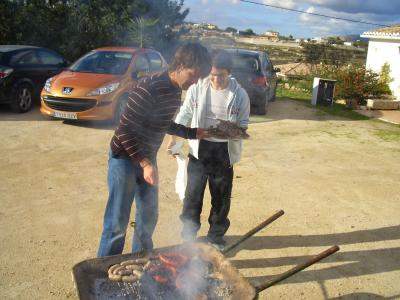 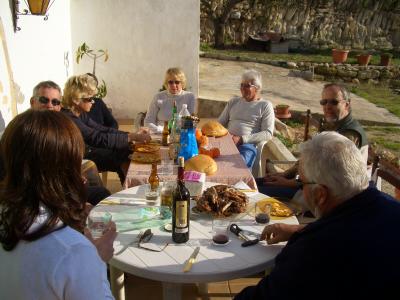 The lamb was rubbed with salt and the onions, artichokes and chorizos were cooked in home made olive oil. When the fires were glowing nicely, the food was cooked to perfection. The home made bread was broken into pieces and the feast began. Large slices of onion were filled with anchovies and olive oil, cooked over the fire, perfect dunking the chunks of bread into, a Benitachell specaility. The artichokes hearts were flavoured by the smoke and the taste and texture was wonderful. 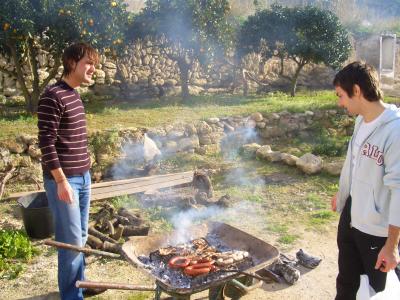 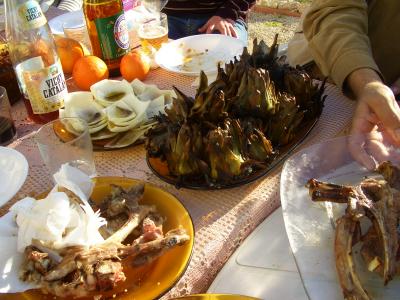 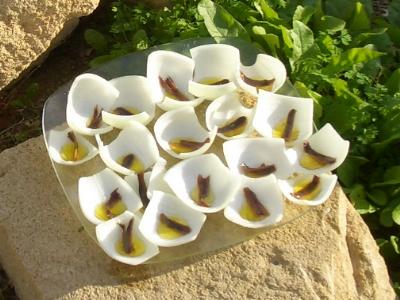 As we enjoyed the food and wine with Jaume and Miguel Angel, we chatted about the various topics on the Valencian culture, diet and laungage. Many people living in Benitachell were forced to speak Castellano during Franco’s dictatorship and they are now unable to read or write in their mother tongue. Benitachell or Benitatxell, spelt the Valenciano way, used to be in the region of Javea, however some 300 years ago, the villagers decided to create their own region and town so they founded the ‘Poble Nou de Benitatxell.’ We retreated to the large family casa’s naya room, as the winter sun lost it’s warmth, to end our enjoyable day with melon, desserts and glasses of Baileys. 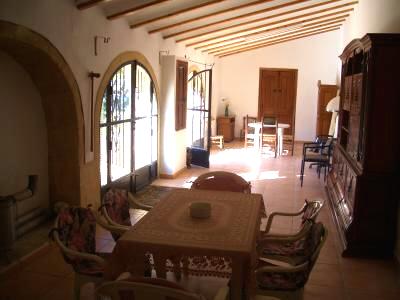 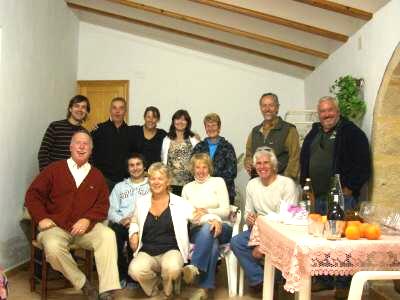 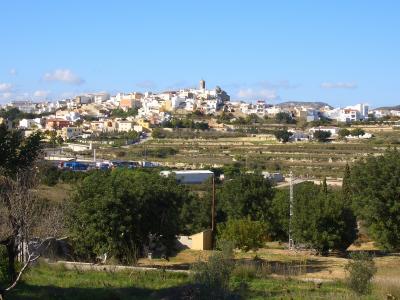 May we all say a big thank you to Jaume and Miguel Angel, for their hospitality and for giving us the opportunity to sample and taste the flavours of Valenciano life. If you would like more information on the services provided by these two enterprising men, you can contact them by telephone, email or go to their offices in Benitachell.

<p>I can only endorse your review of a perfect day with most agreeable and hositable hosts. Many thanks from Ian and Diane Newton</p>

Regular news and articles about buying property in Javea and living in Northern Costa Blanca, Spain.